After my hiking/camping plans fell through Friday, I woke up Saturday with my body aching to get on a mountain.
Since I drove so much Friday for nothing, I didn’t want to drive much, so I opted for a hike I did June 30th last year, Mount Defiance.

You can jump to all the pictures of this hike here.

I wished I had the same sunny day that I had back then; instead I hiked into clouds at about 4,000 ft and didn’t quite break through them on Defiance’s 5,584 ft. summit.

As I said last year, this hike is one of the best ones out on the I-90 hiking mecca only 45 minutes from Seattle. You’ll never be alone, at least on the lower half of the hike to Mason Lake, but it offers a great contrast of a forest walk and talus fields on the south side of the hike… 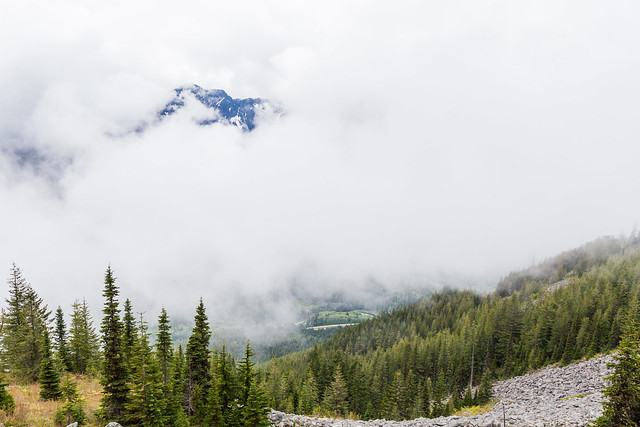 …then once you cross over the ridge and into the Alpine Lakes Wilderness, you have older growth trees and mossy boulder fields to envelope you as approach Mason Lake. 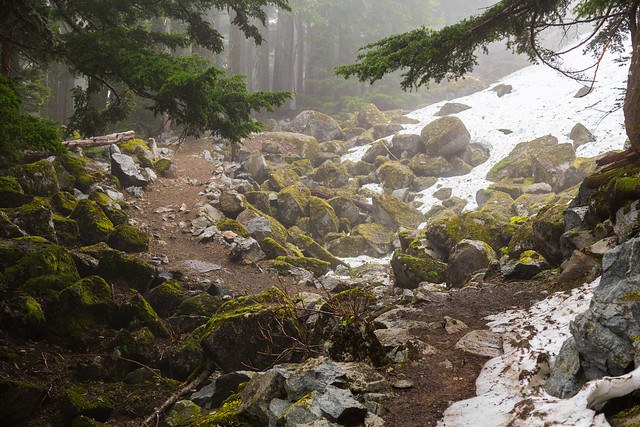 Mason Lake was mostly frozen over, though the area by the outlet stream was clear of ice. 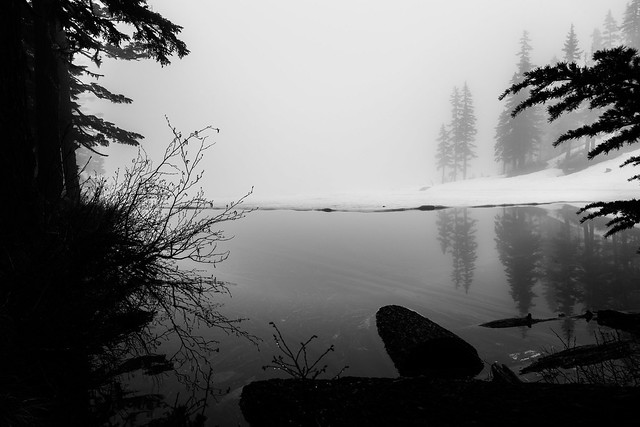 As you’ll find on most weekend days, there were several folks enjoying the view, including a couple with a Boston a bit smaller than Boomer. 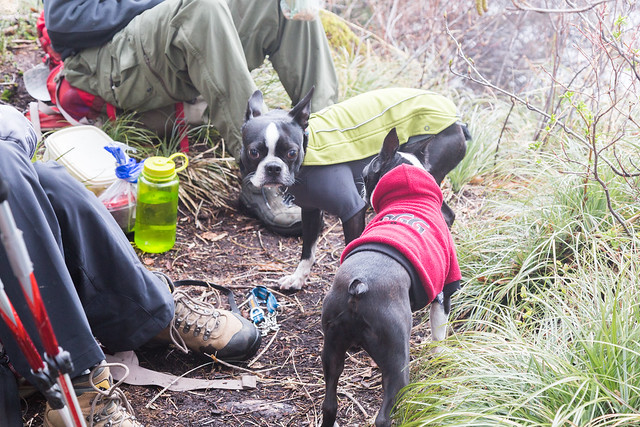 At this point, the battery in my Canon DSLR died and became a useless 4lb payload, so all photos from here on are with my phone. Really, there wasn’t much to see other than Boomer running around in the snow.

Boomer did great as always, and his superhero outfit kept him warm and dry the entire time.

At this point you can see we’re in a few feet of grainy, soft snow. We wandered around Little Mason Lake, trying to get a bead on the trail. Eventually I resorted to my GPS and started up the ridge. 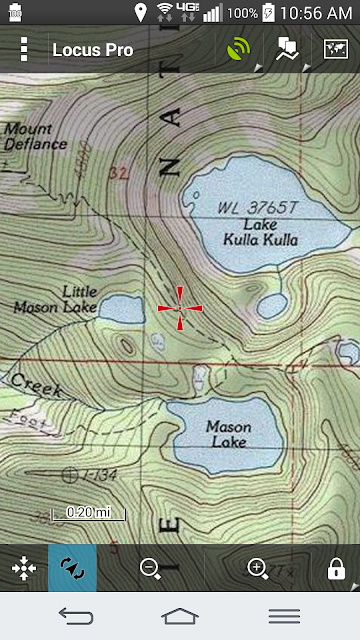 I got off course a little bit to the northeast, but then heard two guys, Ryan and Jared, descending, so I hiked up to them on the ridge (duh, that’s where I was supposed to be anyway), and they gave me an idea of what to expect. This time of year, there’s no defined trail other than the tracks of someone before you heading directly up the ridge. And their kicked-in bootprints were a help through some of the steep snow.

The last time we did this, we traversed south of the summit and then approached from the southwest. No traversing this time of year, as it’s a waste of time and there’s a possibility you’ll do a very long unintentional glissade southward.

As you can see above, this is nothing but a slog upward, in and out of trees. The last two hundred feet to the top have some exposed areas where you alternate between snow and rock scramble. Not technical at all, you just have to four-wheel it up there. Boomer, of course, had no problems and ran up and back to me several times.

I, however, became rather winded; more so than usual, and it occurred to me that donating a pint of blood the day before was probably why. Sure, they tell you no strenuous activity within 12 hours, but I was 24 hours into my recovery and was maxing out my exertion. So I simply took a lot of short breaks — hike up 50 ft, rest for a moment. Repeat. Several. Times.

Here’s a smile from the summit: 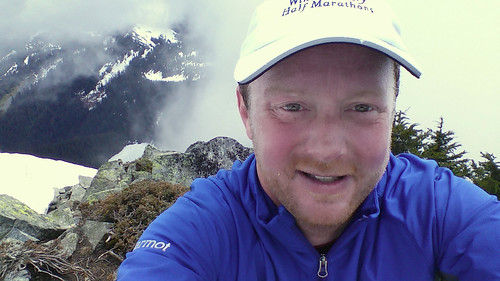 And Boomer frolicking like we just walked down the street: 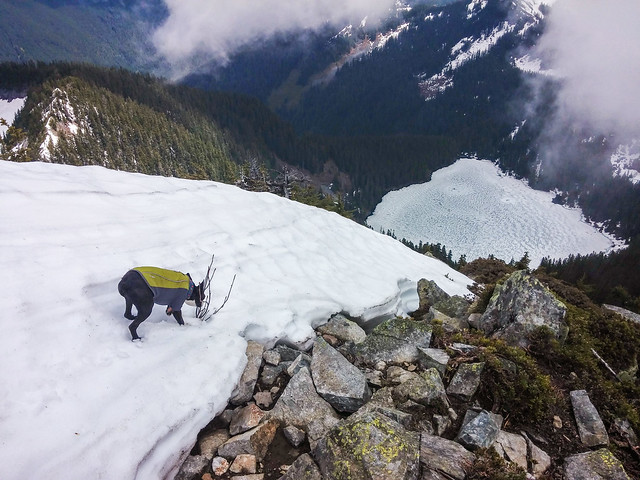 The sun couldn’t punch through completely, but at times there was enough to cast faint shadows and fortunately enough to heat the rocks you see here. Boomer and I shared a sandwich, and after about 15 minutes on the summit, headed back down.

I did a couple of unintentional glissades (e.g. falling on the snow and sliding on my ass), but fortunately was able to arrest myself before running into any trees or rocks. It’s all par for the course. About an hour later I was back at Mason Lake and crossed the outlet stream again:

And then hiked up and over the ridge, where the early afternoon sun had burned away a lot of the earlier clouds over I-90: 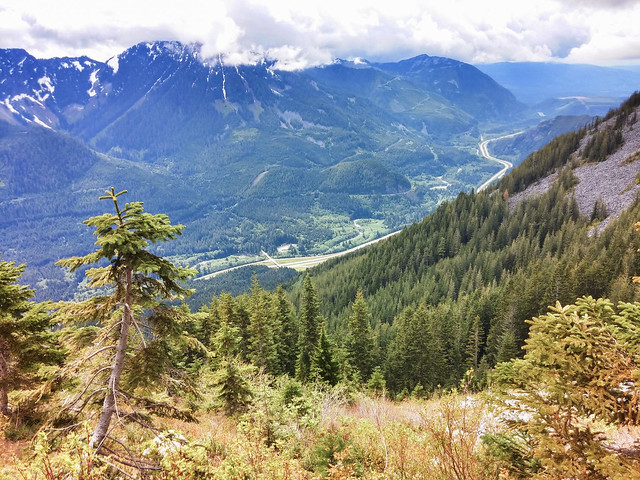